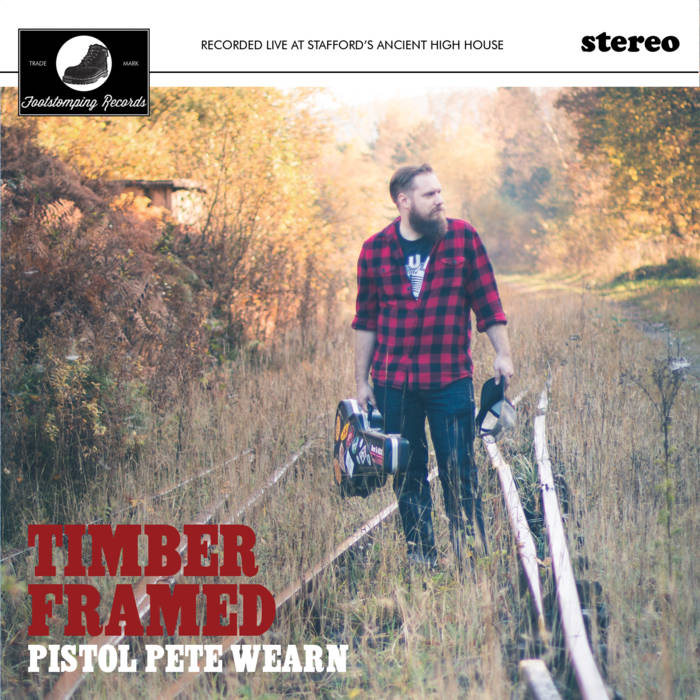 Timber Framed sees Wearn treat the word “roots” more literally than most, going back to his own in live performance and Mississippi folksong, but also playing that music in downhome, countrified fashion amidst the Jacobean splendour of Stafford’s historic Ancient High House – which was reputedly built, in 1594, entirely from local wood.

“Stafford is my hometown,” says the Midlands-based bluesman, who was last year named Moonshine Magazine’s solo blues artist of the year. “So the opportunity to record an album in its most recognisable landmark was too good to miss.”

The record sees Wearn interpret songs made famous by everyone from Mississippi John Hurt and Robert Johnson to Hound Dog Taylor – but also softer traditionals which bring out the folkier side of this often wild slide guitarist, such as “Crawdad Hole” and “KC Railroad Blues”.

“I’ve loved this music since I was a teenager, and it seemed like the right point in my career to return to it,” Wearn explains. “There’s a lot to play with in these deceptively simple tunes, and the live environment is a great place to explore those possibilities.”

Wearn’s last studio album, 2016’s Service Station Coffee, featured a set of largely self-penned numbers, and was described by Maverick magazine as “Suberb British blues”. Timber Framed appears ahead of a second studio album slated for next year, and establishes Wearn as a unique interpreter of blues standards.

Recorded before an audience amidst exhibits of Ancient Egyptian artefacts and the museum of the Staffordshire Yeomanry, this storied album also features the mandolin and vocals of singer-songwriter Dan Hartland (“Absolutely gorgeous – what an incredible voice,” BBC Introducing). It will be led by the single, “Gonna Look Just Like A Monkey (When You Get Old)”.

“I always enjoy the element of humour in a lot of old blues songs” opines Wearn. “When I first heard this old hokum tune I rather identified with its message of encroaching hair and knobbly knees, and when we play it live I always enjoy watching the audience break into a smile as we reach the punchline at the end of each verse”.

Something of the atmosphere and warmth of the building in which the album was recorded finds its way into these choice cuts. In its time, Stafford's Ancient High House has played host to luminaries such as King Charles I - and has now seen the ghosts of the Mississippi bluesmen pay a haunting visit. Timber Framed offers a rootsy, even woody, reanimation of some of the best songs in the blues canon.

"If this don't get at least one of your feet stomping, then there's really no hope for you..." - Indie Music Mag

"music to drink, dance and stomp your feet along to... a real stripped down blues session in all its glory." - Derby Gig Guide

Bandcamp Daily  your guide to the world of Bandcamp